And what a success it was! Contested over a period of 6 consecutive Mondays, it was a highly enjoyable and social event, with over 60 club players taking part.

Our winner of the trophy this year was Jenny Hughes, who stormed into the lead on week 4 and stayed there.

Many thanks to all who contributed to making the tournament such a success – from those helping out
to run the event, to all those who provided nibbles each evening and, of course, the food for the final
session.

This final night concluded with a summer BBQ and the trophy was presented to Jenny by Pat Caden
the first ever winner of the Brendan Glacken trophy.

Some photos below to give you a flavour.. 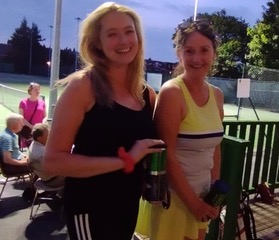 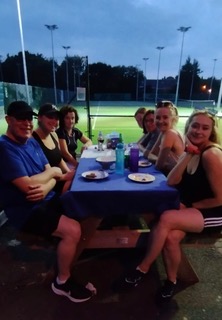 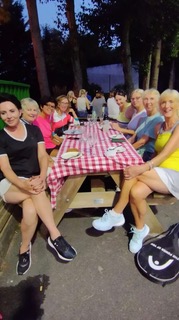 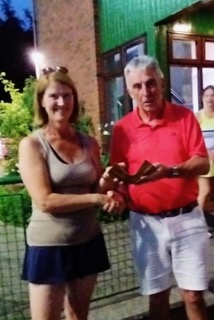